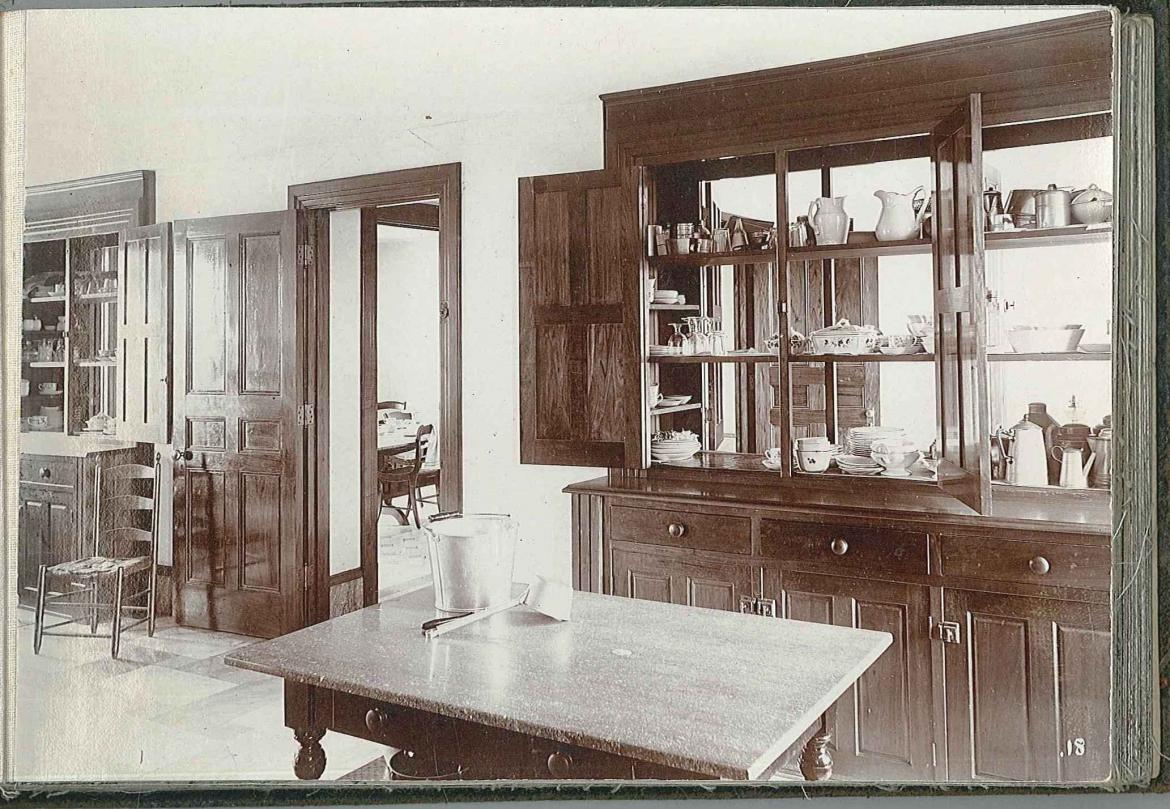 This photograph is mounted in an album titled, "Shaker Commnity, Union Village, Ohio." and apparently once belonged to William C. Ayer. Ayer was a member of the Union Village community. He had been elder of the Center Family and was involved with Elder Joseph Slingerland in the selection and purchase of the two plantations that would become the short-lived community established in White Oak, GA, in 1898. Things never went well at White Oak. William Ayer and Julia Foley eloped and were married in Savannah on April 12, 1898.

The album contains three standard studio portraits and part of a series of photographs of the exteriors and interiors of buildings at Union Village. Of the series, 30 images are numbered on the negative so as to appear in white on the prints. One addition print from the series is not numbered. Numbered images range from 1 to 38 with images numbered 2, 21, 22, 24, 29. 30, 32, and 35 not included. The photographer has not been identified.